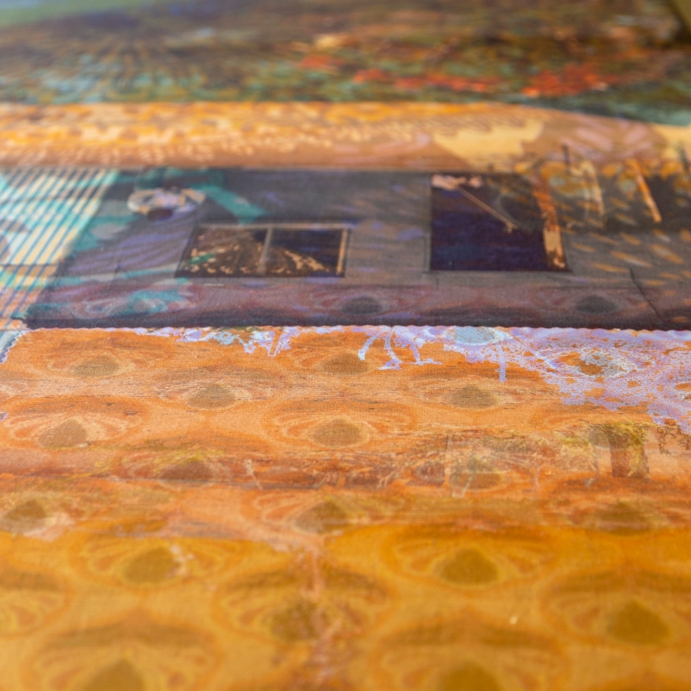 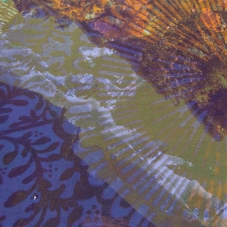 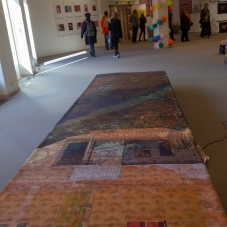 Meters of Sand is a digital textile print 140 cm x 500 cm exhibited at Kalahari highway, group exhibition 16.8.-16.9.2018, Arktikum Valo-Galleria. The textile included a voice installation by Jari Rinne. The voice connected two art works: mine and Tarja Wallius who was also inspired by the Kalahari highway and the San communities living there.

The sounds for the video were recorded by Satu Miettinen during PARTY-project workshops in Platfontain in Kimberley hosted by South African San Institute (SASI) and Indigenous !Xun and the Khwe San communities originating from Namibia in July 2017. Their languages !Xun and Khwedam are spoken in the video. Recordings were also carried out in a Rosedale community in Upington in workshops hosted by Indigenous N|uu language school in Upington, South Africa. N|uu is the language of the ‡Khomani people in South Africa located in Upington and the southern Kalahari. Today, only three sisters still speak N|uu – Hanna Koper, Griet Seekoei and the youngest – Katrina Esau, known as Ouma Geelmeid.

Many thanks for SASI and N|uu language school!

Artwork from Tarja Wallius,  Satu Miettinen and Jari Rinne are documented in the video during Kalahari Highway (15.8–16.9.2018) exhibition at Arktikum Valo gallery in Rovaniemi.

The Ethnographic Self at Lento -exhibition, Valo Gallery Arktikum